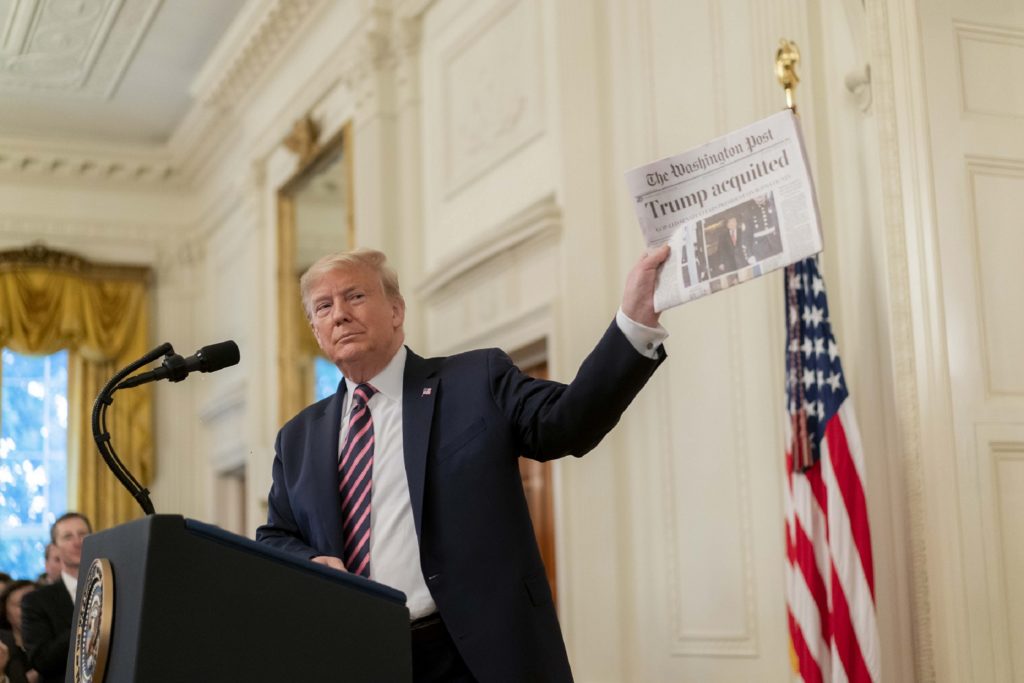 President Donald J. Trump shows a newspaper headline during his address Thursday, Feb. 6, 2020 in the East Room of the White House, after being acquitted in the U.S. Senate Impeachment Trial the previous day. Official White House Photo by D. Myles Cullen

The impeachment trial of Donald Trump came to a close on Wednesday with a verdict of not guilty. The senators voted along party lines, with the exception of Mitt Romney, who broke with his party and voted to convict the president on the charge of abuse of power.

Though the president delivered his State of the Union speech the day before the vote, he already knew he would be acquitted. While he did not acknowledge impeachment specifically in the address, it allowed Trump to begin the victory lap the White House had long hoped for.

The impeachment, which started in the fall, became the most salient example of how divisive our politics have become under President Tump. So, now that this process is over, what did we learn?….and what will the political ramifications be as we move into the presidential election season?