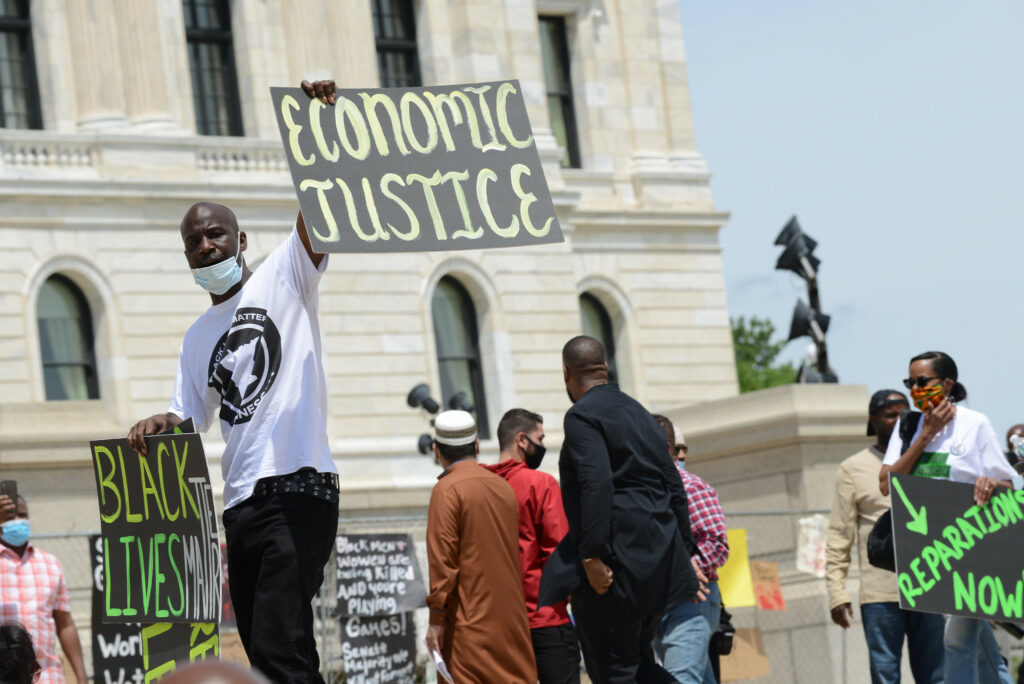 About 300 people gathered outside the Minnesota capitol building to demand reparations from the United States government on June 19, 2020, Juneteenth. Fibonacci Blue

In September, Evanston, Ill., began accepting applications to a program designed to compensate those harmed by the city’s past discriminatory housing practices.

It is the first attempt at reparations for Black Americans by any government in the United States. But it likely won’t be the last.

In June, 11 mayors across the country pledged to develop pilot programs that would attempt to right the wrongs committed by their respective municipalities on the basis of race. The same month California became the first state to set up a reparations task force.

Diane talks to Mayor Daniel Biss of Evanston to hear what reparations look like on a local level. Then, William Darity, Jr., and Kirsten Mullen join Diane. Co-authors of the book, “From Here To Equality: Reparations For Black Americans In The Twenty-First Century,” they say there is a role for local governments in redressing past wrongs, but argue any real reparations program must happen on the federal level.