Can Russia Be Held Accountable For War Crimes?

Can Russia Be Held Accountable For War Crimes? 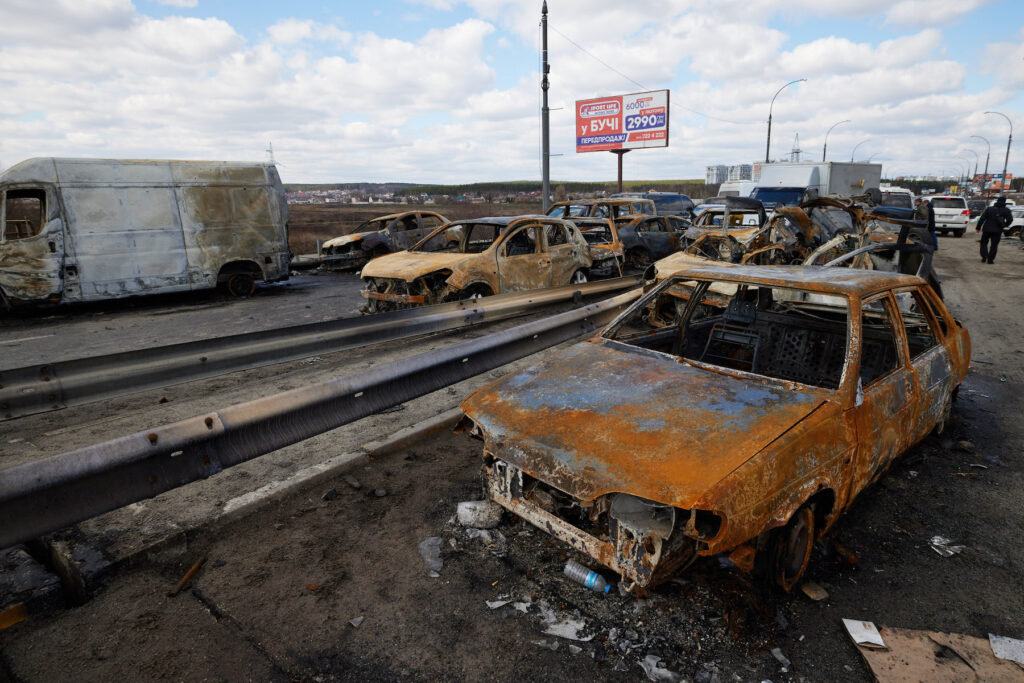 A line of destroyed cars sit abandoned in Bucha, Ukraine, where hundreds of bodies of civilians have already been recovered, with many more feared dead. Office of the President of Ukraine

Evidence continues to mount of alleged atrocities perpetrated by the Russian army in Ukraine. Both world leaders and the International Criminal Court have dubbed these “war crimes.” And in an address to the United Nations this week, Ukrainian President Volodomyr Zelensky went further and accused Russia of committing genocide.

So, what does it actually mean to break the laws of war? How do you prove it? And what does accountability look like?

To help answer these questions, Diane spoke with Stephen Rapp. He was the U.S. Ambassador-at-large for War Crimes Issues from 2009 to 2015 and prosecuted war crimes and crimes against humanity in the aftermath of the genocide in Rwanda and the civil war in Sierra Leone.

Rapp says there is no doubt Russia has committed war crimes over the course of its invasion of Ukraine and adds that failing to hold perpetrators accountable would send a very dangerous message to world leaders and their militaries.