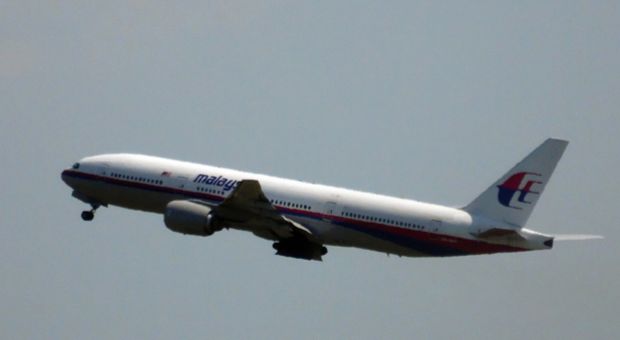 This photo shows Malaysia Airlines flight MH17 leaving Schiphol Airport in Schiphol, the Netherlands, on July 17, 2014. Malaysia Airlines said on July 17 that it had 'lost contact' with one of its passenger planes whose last known position was over eastern Ukraine, amid speculation it had been shot down. Fred Neeleman/AFP/Getty Images

A surface-to-air missile shot down a passenger plane over Ukraine, killing all 298 people aboard. Ukraine and Russia traded blame, but it remained unclear who was responsible. Israel launched a ground offensive against Hamas in the Gaza Strip after a temporary cease-fire. Nuclear negotiations between Iran and world powers will hit a deadline on Sunday, but talks seemed likely to be extended. The U.S. announced new sanctions against Russia over Ukraine. Russia’s President Putin warned of consequences. And in Syria, President Assad was sworn in for a third term. A panel of journalists joins Diane for analysis of the week’s top international news stories.