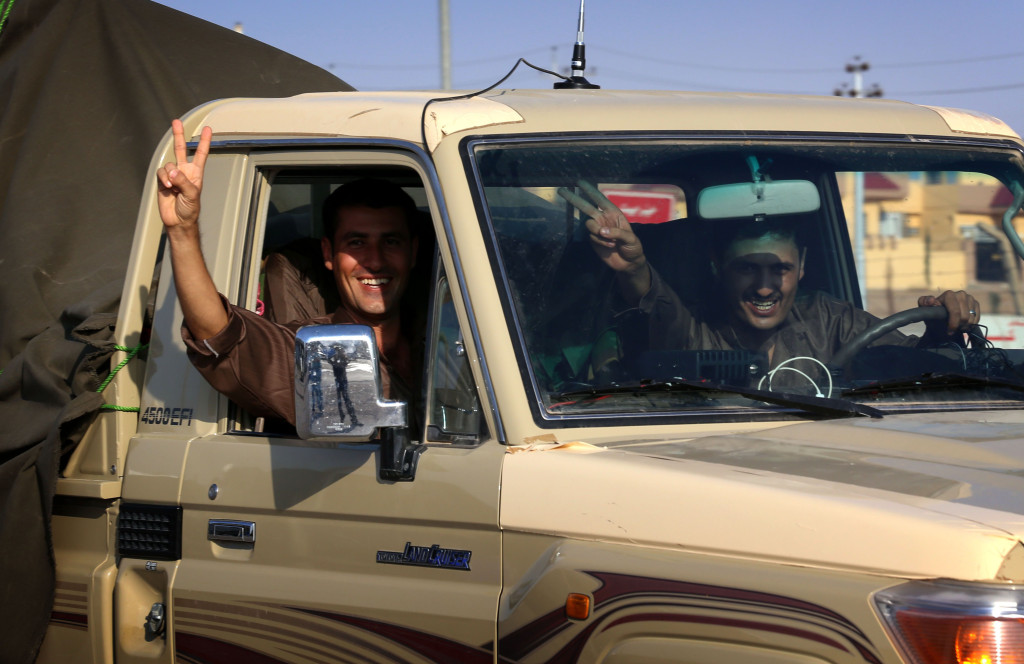 Kurdish peshmerga troops flash the V-sign of victory as they drive through Arbil after dozens of fighters left a base in northern Iraq on October 28, 2014 on their way to the battleground Syrian town of Kobane. SAFIN HAMED/AFP/Getty Images

The UN reports that 15,000 people from 80 different countries have joined with ISIS militants fighting in Syria and Iraq. Iraqi Kurdish fighters begin crossing from Turkey into Syria to fight against ISIS in Kobani. The WHO reports the number of new cases of Ebola in Liberia may be dropping, but the challenge of containing the spread of the disease in West Africa remains daunting. Israel has barred access to a sacred site in Jerusalem revered by both Muslims and Jews, and the last US Marines of pull out of a key base in Afghanistan: Please join us for the International hour of the Friday News Roundup.