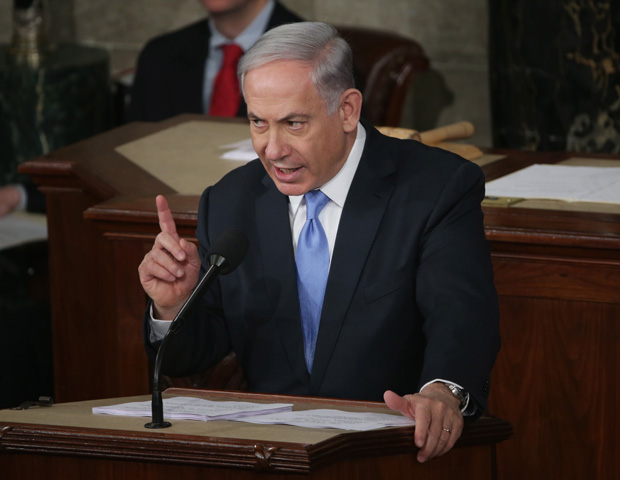 Israeli Prime Minister Benjamin Netanyahu speaks about Iran during a joint meeting of the United States Congress in the House chamber at the U.S. Capitol March 3, 2015 in Washington, D.C. Alex Wong/Getty Images

Is a less than perfect deal better than no deal? President Barack Obama and Israeli Prime Minister Benjamin Netanyahu appear to have starkly different answers to that question when it comes to an agreement with Iran. In a forceful speech to many members of Congress yesterday the Israeli Prime Minister denounced broad outlines of U.S.-Iranian negotiations to lift economic sanctions in exchange for limits on Iran’s nuclear program. Obama said Netanyahu failed to offer any meaningful alternatives. Join us to discuss the latest tensions in the U.S.-Israeli relationship and negotiations with Iran.