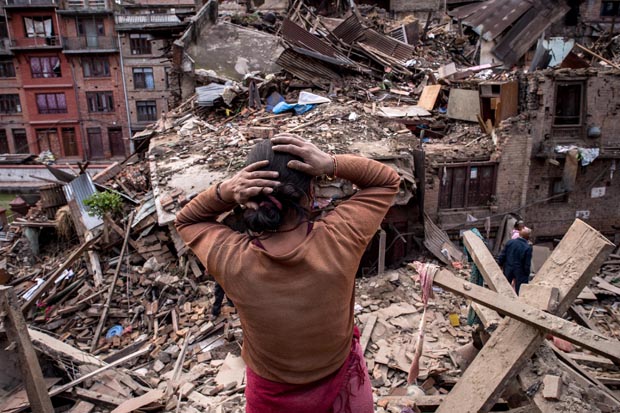 A Nepalese earthquake victims looks on April 29 at debris of collapsed buildings in Bhaktapur, Nepal. Photo by David Ramos/Getty Images

In a speech to the U.S. Congress, Japan’s prime minister presses for support for the Trans-Pacific Partnership trade pact. The head of Nepal’s army says the death toll from the 7.8-magnitude earthquake could rise significantly. It now exceeds 6,000. Saudi Arabia’s monarchy redraws the lines of succession to tap a younger generation of leaders. The U.S. Navy begins to accompany some American-flagged ships in the Strait of Hormuz after Iran seizes a cargo ship. And U.S. officials acknowledge the FBI facilitated the ransom payment of an American held hostage by al Qaida. A panel of journalists joins guest host Susan Page for analysis of the week’s top national news stories.