An Attack Thwarted In Texas, Claims Of Responsibility By ISIS, And The Limits Of Free Speech

An Attack Thwarted In Texas, Claims Of Responsibility By ISIS, And The Limits Of Free Speech 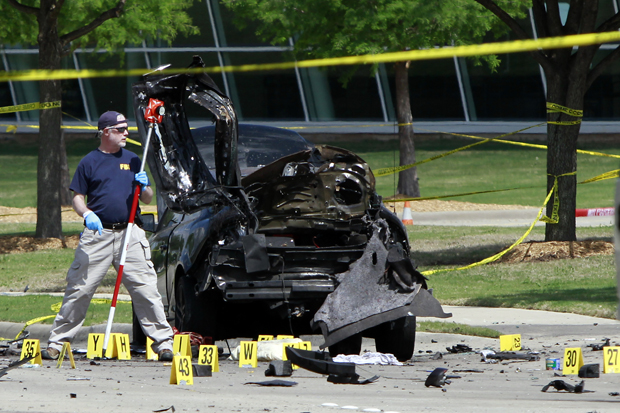 Members of the FBI Evidence Response Team investigate a crime scene May 4 outside of the Curtis Culwell Center after a shooting in Garland, Texas. Photo by Ben Torres/Getty Images

The extremist group that calls itself the Islamic State claimed it played a role in the attack in Garland, Texas on Sunday, but offered no proof. Two assailants with assault rifles were killed by a police officer after they injured a guard at an anti-Islam gathering. The event was a $10,000 contest for the best cartoon of the Prophet Muhammad. For many Muslims, images of the Prophet are sacrilegious, but some are defending the anti-Islamic group’s right to free speech — even if it’s hateful. We explore the reach of the Islamic State, political tolerance and the boundaries of free speech.