The Greek Debt Crisis And The Threat To The Eurozone

The Greek Debt Crisis And The Threat To The Eurozone 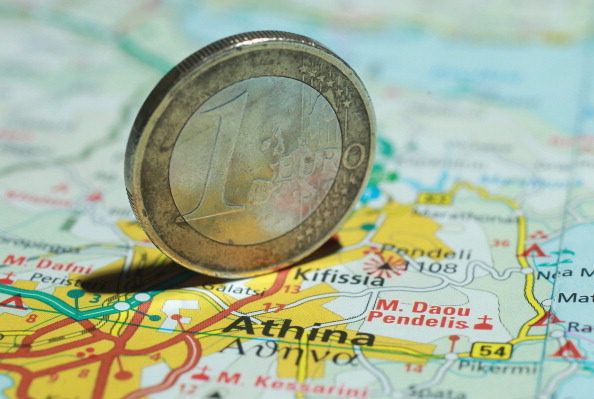 Greece’s creditors are studying the latest proposal by Athens to resolve its years-long debt problems. The plan includes some pension cuts and new taxes. Some officials suggested the 11th-hour plan offered the first real hope in months that Greece could avert a full-blown financial crisis. The main overseers of Greece’s bailout – including the IMF and European Central Bank – found the proposal to be broad and comprehensive. But Greece is far from satisfying all the key players. Eurozone finance ministers will meet again ahead of Thursday’s EU summit with heads of government. We discuss the latest on the Greek debt showdown and what it means for the eurozone.