A Deadly Shooting In Tennessee And The Threat Of Domestic Terrorism

A Deadly Shooting In Tennessee And The Threat Of Domestic Terrorism 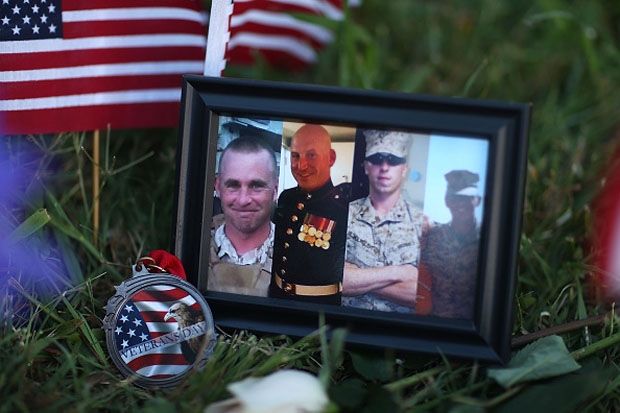 A photograph of the victims is seen among the memorial setup in front of the Armed Forces Career Center/National Guard Recruitment Office in Chattanooga, Tennessee. Joe Raedle/Getty Images

Investigators are trying to pull together details about the 24-year-old man who opened fire at two military facilities last Thursday. A Navy petty officer and four Marines were killed in that attack. In the aftermath of 9/11, the U.S. has transformed its defense operations and upended traditional notions of privacy in an effort to better detect and block foreign operatives intent on doing us harm. There have been some successes, but statistics suggest that more persistent threats come from individuals acting alone. We look at the kinds of domestic threats we face today and what can be done to reduce the risks.