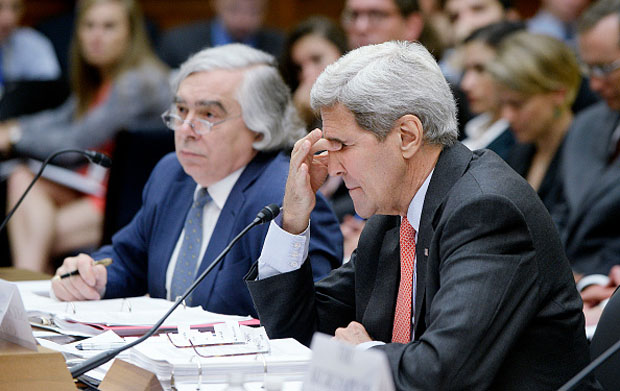 Secretary of State John Kerry testifies as Secretary of Energy Ernest Moniz looks on July 28 at a hearing before the House Foreign Affairs Committee in Washington, D.C. Olivier Douliery/Getty Images

Former University of Cincinnati police officer, Ray Tensing, pleads guilty to a charge of murder of a black motorist and is free on bail. GDP numbers for the second quarter of 2015 suggest the U.S. economy is growing, but slowly. Congress passes a three-month stopgap highway funding bill, adding another item to the already long list of legislative priorities for the fall. And now there are 17: Former Virginia Gov. James Gilmore announces he’s in race to be the GOP nominee for president. We look at these and other top stories of the week.