Congress, The White House And The Future Of The Iran Nuclear Agreement

Congress, The White House And The Future Of The Iran Nuclear Agreement 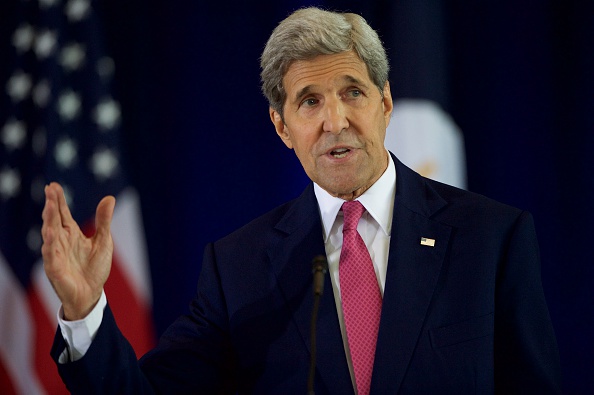 Secretary of State John Kerry delivers a speech Sept. 2 on the nuclear agreement with Iran at the National Constitution Center in Philadelphia. Mark Makela/Getty Images

The agreement the U.S. and five other world powers negotiated with Iran cleared a critical hurdle in Washington this week. President Barack Obama now has enough support in the Senate to prevent congress from blocking the deal. Per the agreement finalized in July, economic sanctions against Iran will be lifted in exchange for Iran halting nuclear weapons development. But debate over the deal is far from over: Critics charge it’s a windfall for Iran that fails to effectively rein in the country’s nuclear ambitions. Supporters concede there are problems, but say it’s better than the alternative. We look at what’s next for the agreement with Iran.