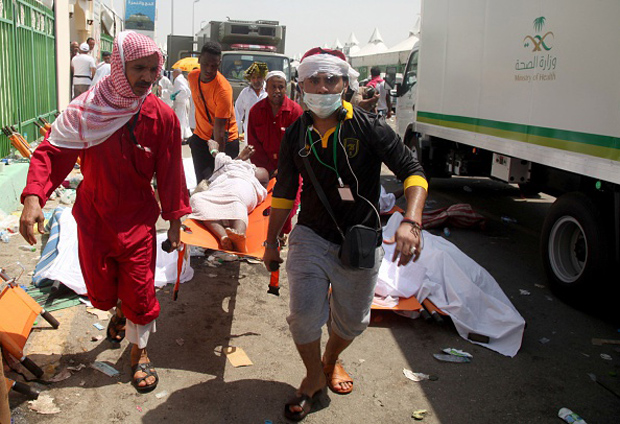 Saudi emergency personnel and Hajj pilgrims carry a wounded person at the site where at least 450 were killed and hundreds wounded in a stampede in Mina, near the holy city of Mecca. STR/AFP/Getty Images

Chinese President Xi Jinping visits the White House with plans to announce a new cap and trade system. More than 700 pilgrims die in a stampede near Mecca during the final ritual of the hajj. President Obama accepts an invitation by Russian President Vladimir Putin to meet at the U.N. on Monday. The flow of migrants in Europe enflames old tensions, as Serbia and Croatia close borders to trade. Volkswagen’s board of directors meet to appoint a new CEO amid fallout over the emissions scandal. And the prime minister in Greece regains power, pledging to enforce austerity reforms.