President Obama At The UN And Prospects For U.S. Cooperation With Russia In Syria

President Obama At The UN And Prospects For U.S. Cooperation With Russia In Syria 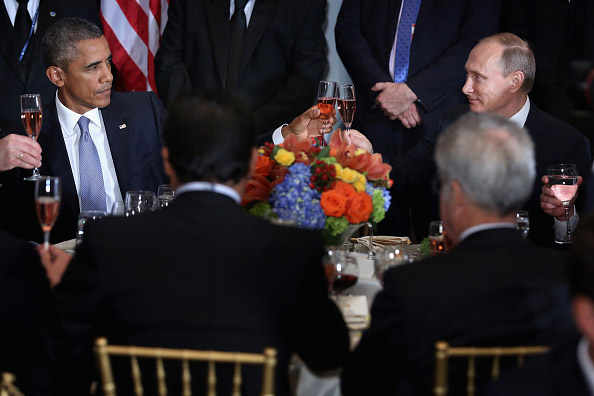 On Tuesday, President Barack Obama and Russian President Vladimir Putin met privately for 90 minutes in New York, the first such meeting in two years. Earlier in the day, both spoke to the General Assembly of the United Nations. Obama said the U.S. would work with any nation, including Russia and Iran, to end the fighting in Syria; Putin spoke of creating an international coalition to restore order. But the two leaders differed sharply on whether Syrian president Bashar Assad should stay in power. What happens now? We discuss whether the two countries can work together toward an international response to the ongoing crisis in Syria and the threat of ISIS.