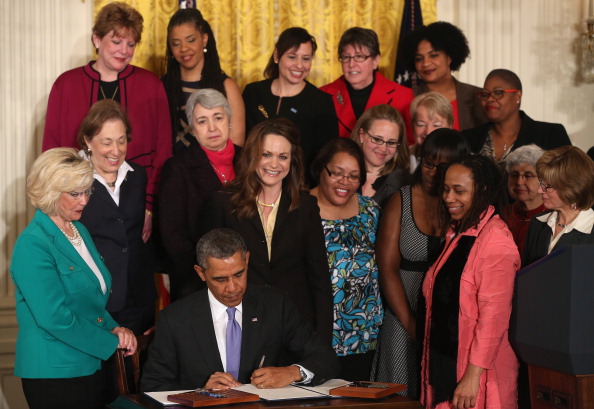 President Barack Obama signs an executive order in April 2014 intended to force federal contractors to address unequal pay. He presented new rules last week that would require companies with 100 or more employees to include salary information on a form they already submit that reports employees’ sex, age and job groups. Mark Wilson/Getty Images

Women on average in the United States earn 79 cents for every dollar paid to men, according to U.S. census data. Two years ago, the Obama administration sought to close this gap by requiring all federal contractors to submit salary data by gender and race. The White House is now proposing collecting similar information from all companies with at least 100 employees. State legislators nationwide have also introduced new pay-equity legislation. Some business leaders and economists say this will be a burden to companies and won’t fix the pay gap. Guest host Maria Hinojosa and a panel of guests discuss new efforts to close the gender pay gap.