Update On Talks To End The War In Syria

Update On Talks To End The War In Syria 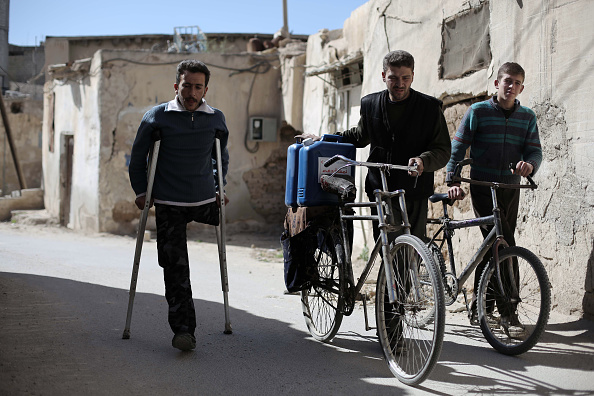 Syrians carry aid, in the form of diesel fuel, delivered by the Qatari Red Crescent in the rebel-held town of Beit Sawa, on the outskirts of the capital Damascus on March 7. Amer Almohibany/AFP/Getty Images

Yesterday Russian president Vladimir Putin announced he would he would begin pulling some Russian forces out of Syria. He said their mission there has on the whole “been fulfilled.” The decision comes as representatives of Syrian President Bashar al-Assad and opposition forces gather in Geneva for talks. Hundreds of thousands of Syrians have been killed since the war in Syria began nearly five years ago and millions have been forced to flee their homes. Many hope the meetings in Geneva this weak can build on what’s been described as a ‘fragile two week cessation of hostilities.’ Please join us to talk about what’s ahead in Syria.

A Look Back At Our Coverage

Understanding The Conflict In Syria: A Look Back At Our Coverage - The Diane Rehm Show

Armed conflict in Syria has been ongoing for more than five years, and during that time, global leaders have struggled to understand its intricacies. If you're looking for some context after our in-depth conversation from March 15, here are nine of our past shows covering the country's civil war and related international affairs.