Results From The Wisconsin GOP And Democratic Presidential Primaries

Results From The Wisconsin GOP And Democratic Presidential Primaries 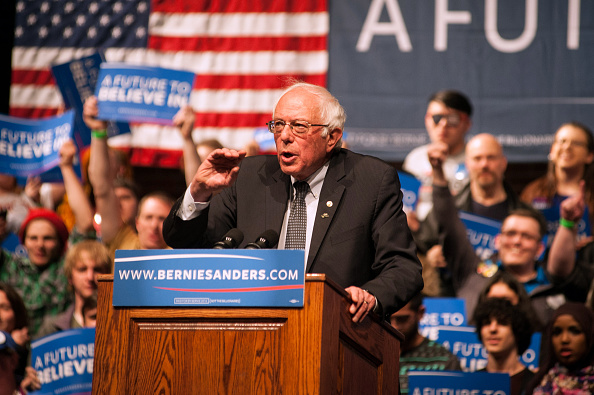 Democratic presidential candidate Sen. Bernie Sanders (D-VT) speaks during a rally on April 5 in Laramie, Wyoming. Sanders spoke to a large crowd on the University of Wyoming campus after winning the primary in Wisconsin. Theo Stroomer/Getty Images

Yesterday in Wisconsin primary voters tossed party front runners aside and handed decisive wins to Republican Ted Cruz and Democrat Bernie Sanders. The results assure a longer and complicated road ahead in both party nomination contests. On the Republican side, front runner Donald Trump’s prospects to lock down the GOP nomination before party’s convention in July have considerably dimmed. Democrat Hillary Clinton can also now count on a longer fight, and in both parties support of super delegates will be critical. Please join us to discuss the latest twists in the 2016 party nomination contests.