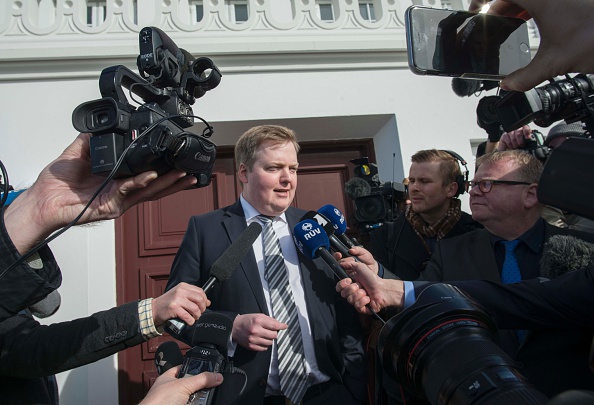 Iceland's prime minister Sigmundur David Gunnlaugsson speaks to journalists as he hands in what was thought to be his resignation to Iceland's President Olafur Ragnar Grimsson in Reykjavik, on April 7. Since, he has said he was not actually resigning and will just be "stepping aside." Halldor Kolbeins/AFP/Getty Images

The fallout from the Panama Papers continues as Iceland’s prime minister steps aside and Russian president Vladimir Putin calls the leak a western plot. Asylum applications surge in Greece as the EU begins deporting migrants to turkey. Pope Francis pushes the church to adopt a more welcoming tone toward single parents, unmarried couples and gay people, and signals a path to communion for the divorced. Cases of meningitis and encephalitis are diagnosed in patients infected with the Zika virus. And impeachment proceedings against both the Brazilian president and vice president raise the possibility of new elections.