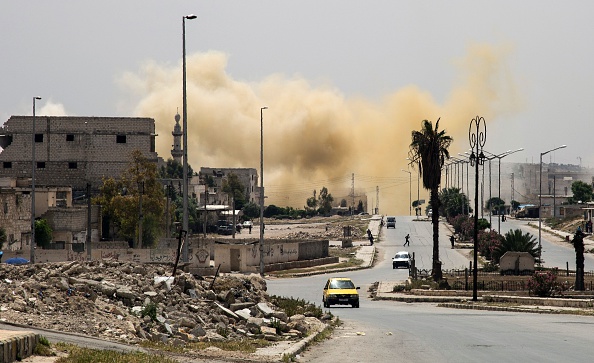 Smoke is seeing rising on a main road in the Salihin neighbourhood of Syria's northern city of Aleppo following a reported air strike on April 24. Karam Al-Masri/AFP/Getty Images

Yesterday President Obama announced the US will send 250 military personnel to help in the struggle against ISIS in Syria. As with the 50 already there these forces, he said, will not be ‘leading the fight on the ground’, but will be working to cement recent gains by providing critical assistance to local troops. President Obama remains opposed to any large scale US troop involvement, but is pressing our European allies and NATO to do more. Join us for an update on the battle against ISIS and new efforts to undermine its power and influence in the region and beyond.