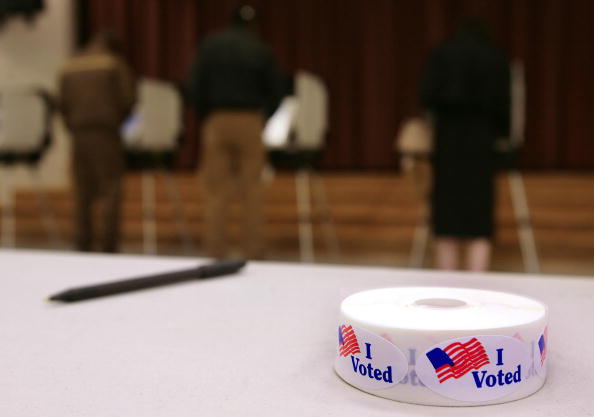 In March 2016, the state of Maryland, where this photo was taken, restored voting rights to ex-felons. Jim Watson/AFP/Getty Images

Last month the governor of Virginia restored voting rights to more than 200,000 ex-felons. This is a dramatic development in a state whose felony disenfranchisement laws had been among the most restrictive in the nation. But Virginia isn’t the only state rethinking if and when those convicted of a felony should be allowed to vote. The Maryland legislature recently passed a bill automatically restoring voting rights to those who completed their sentence. While last year in Kentucky, one governor eased the state’s lifetime voting ban before his successor quickly reinstated it. Our panel discusses the debate over restoring voting rights to ex-felons.

Hear From An Ex-Felon

“I committed a criminal offense, I was sentenced in a criminal court, but nobody told me I would serve a lifelong civil sentence,” organizer and ex-felon Perry Hopkins said. What he means: