The U.S. Expands Ties To Vietnam

The U.S. Expands Ties To Vietnam 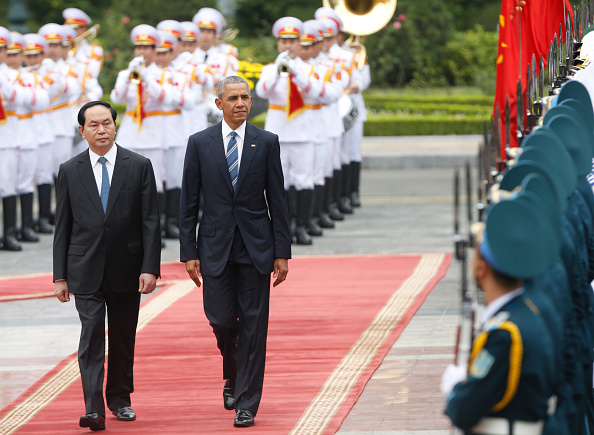 U.S. President Barack Obama (C) walks with his Vietnamese counterpart Tran Dai Quang (L) as they review a guard of honour during a welcoming ceremony at the Presidential Palace in Hanoi on May 23. Kham/AFP/Getty Images

Speaking with activists in Vietnam earlier today President Obama said “big nations should not bully smaller ones.” It was a reference to China’s role in the region, and some say, an important part of the rationale behind his move to lift the long standing ban on U.S. arms sales to Vietnam. That decision which he announced yesterday puts to rest the last remnant of the U.S. war there that ended 41 years ago. But critics of the president’s decision say Vietnam’s poor record on human rights should have made the country ineligible for U.S. military equipment. Please join us to discuss strengthening U.S.-Vietnam ties and security implications for the region.