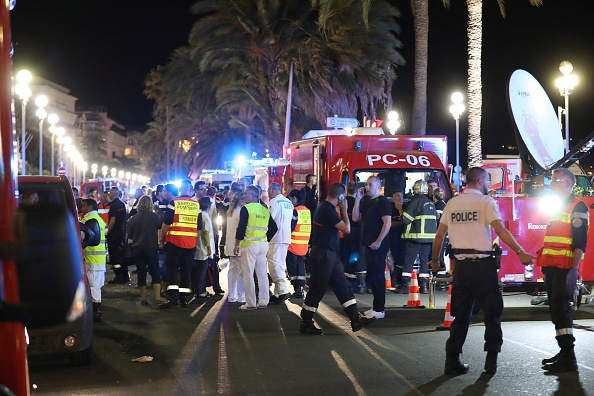 Police officers, firefighters and rescue workers are seen at the site of an attack on July 15 in Nice, France, that killed at least 60, in which a truck drove into a crowd watching a Bastille Day fireworks display. Valery Hache/AFP/Getty Images

A truck drives into a crowd at a Bastille Day celebration in Nice, France killing more than 80. The French president is calling it a terror attack. Britain’s new Prime Minister Theresa May appoints her cabinet. Boris Johnson, the leading pro-Brexit supporter, gets the job of foreign secretary. An international tribunal at The Hague rejects China’s claims to rights in the South China Sea. In Venezuela, where food shortages are growing worse, the military is put in charge of the distribution of food and medicine. And after days of bloodshed there’s a fragile truce in South Sudan. Diane and her guests discuss the international week in news.

Why 'Beating ISIS' Is Much More Complicated Than It Sounds

In this presidential campaign, candidates have often spoken out about their plans to defeat ISIS. Hillary Clinton wants to go after the terrorist group online; Donald Trump went so far as to say he'd declare war if he was elected. But CNN national security analyst Peter Bergen says it's not that simple.