Update On The GOP Convention In Cleveland

Update On The GOP Convention In Cleveland 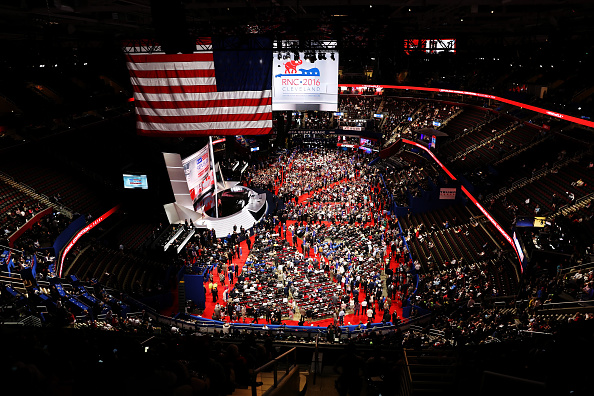 The first day of the Republican National Convention on July 18, 2016 at the Quicken Loans Arena in Cleveland, Ohio. An estimated 50,000 people are expected in Cleveland, including hundreds of protesters and members of the media. John Moore/Getty Images

The 2016 Republican convention began last night with a focus on security anxieties, sharp attacks on Hillary Clinton, and support for traditional social policies. Melania Trump, wife of presumptive nominee Donald Trump, provided a respite from the largely negative perspectives offered by other speakers on America’s place in the world, U.S. immigration policies that compromise our safety and accusations that presumptive Democratic nominee Hillary Clinton belongs behind bars, but there are charges of plagiarism: Join us for an update on the convention and GOP’s quest for party unity.