Republican National Convention: Analysis Of Trump’s Plans For The Economy And Creating Jobs

Republican National Convention: Analysis Of Trump’s Plans For The Economy And Creating Jobs 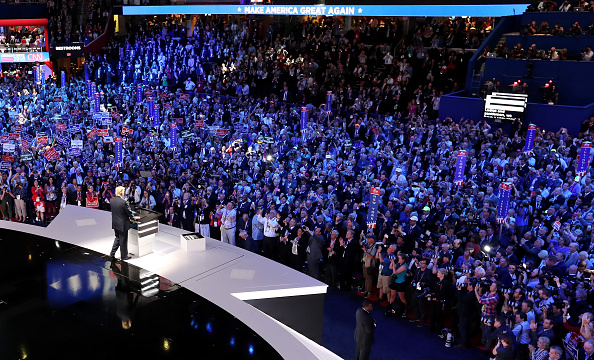 It’s official. Donald Trump is the Republican Party’s nominee for president. The theme of the second night of the convention was billed as “Make America Work Again.” But jobs and the economy were far from front and center. Instead, speakers such as New Jersey Governor Chris Christie blasted Hillary Clinton. And Donald Trump’s children told stories portraying him as a caring father and steadfast businessman. Guest host Frank Sesno and his panel discuss the Republican National Convention – and how Trump’s campaign messaging resonates with voters.