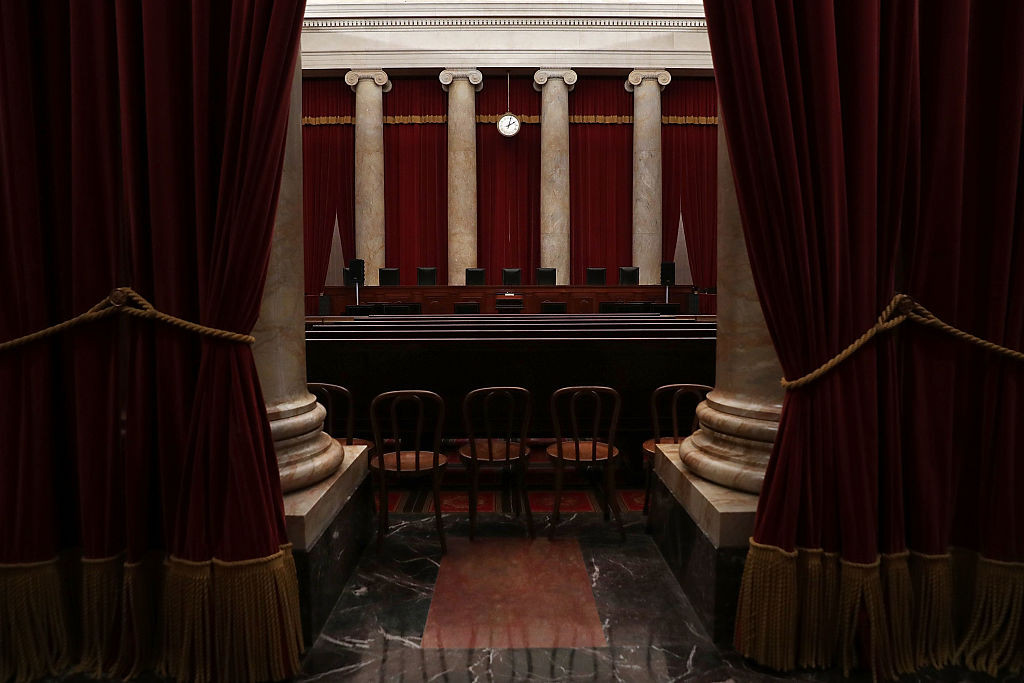 The courtroom of the U.S. Supreme Court is seen September 30, 2016 in Washington, DC. Alex Wong/Getty Images

The Supreme Court begins a new term this week with still, only eight justices on the bench. Last March President Obama nominated Judge Merrick Garland to fill the vacancy following the death of Justice Antonin Scalia. But the Senate has, so far, declined to schedule a vote on Garland’s nomination. The justices have chosen to hear fewer cases this term, and, some say, seem to pushing off some of the more controversial issues. Yesterday the Court decided not to reconsider President Obama’s immigration ruling that would spare millions from deportation: Join us to talk about what’s ahead for the Supreme Court and how the stakes will change after the election.