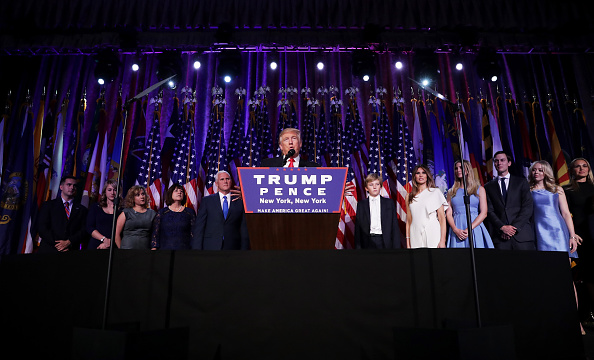 In a win that stunned pundits and pollsters across the country, Donald Trump is president-elect of the United States. Voters—especially white male voters—came out in support of his promise to shake-up Washington. During the campaign, he vowed to tear up trade agreements, ban Muslim immigrants, repeal Obamacare, build a wall between the U.S. and Mexico, appoint Supreme Court justices who oppose reproductive rights for women, back away from efforts to reduce global climate change and reduce taxes on the rich. With continued Republican control of both houses of Congress, he may be able to do all of these things. Diane and a panel look at Trump’s victory and what comes next.