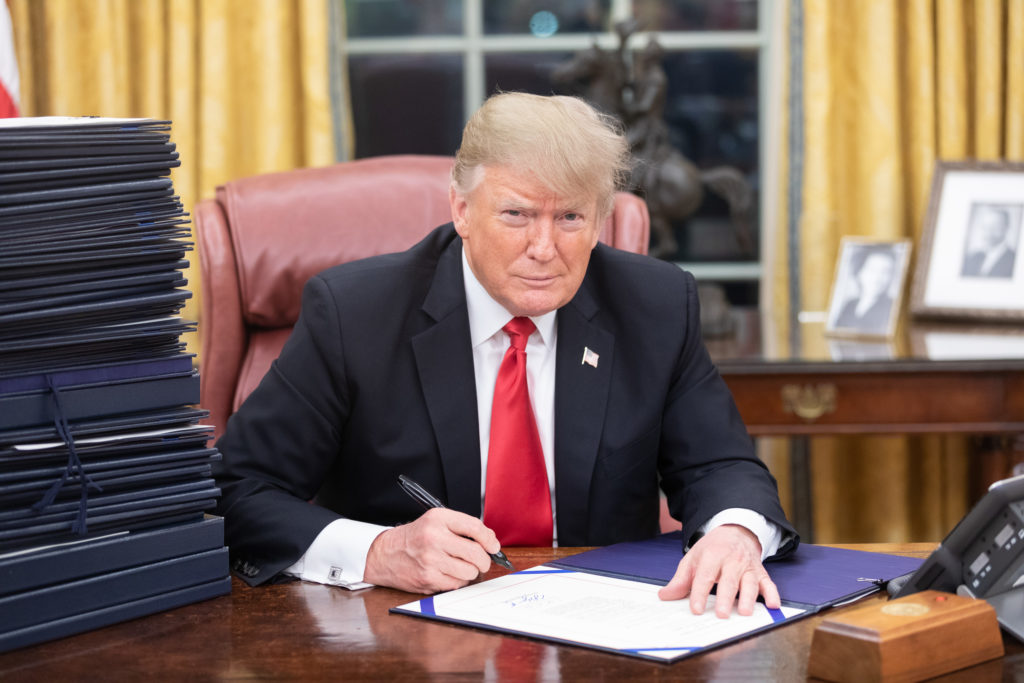 Pres. Donald Trump seated at his desk in the Oval Office in December 2018. Official White House Photo by Shealah Craighead

According to a leaked book manuscript, Bolton claims that Trump, himself, said he would continue to hold military aid to Ukraine until that country’s government launched investigations into the Democrats, including the Bidens.

This, of course, bolsters the Democrats’ impeachment case that the president used the power of his office for his own political gain.

In a new book, Benjamin Wittes and Susan Hennessey of the blog Lawfare, argue putting personal interest above national interest is the defining characteristic of Donald Trump’s presidency. And, they say, his behavior is transforming the office, itself.

Their book is called “Unmaking the Presidency: Donald Trump’s War on the World’s Most Powerful Office.”