New Efforts To Block The Growing Threat Of ISIS

New Efforts To Block The Growing Threat Of ISIS 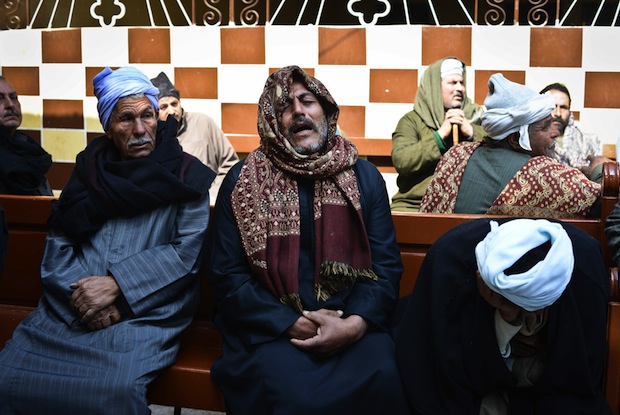 Relatives of Egyptian Coptic Christians purportedly murdered by Islamic State (IS) group militants in Libya react after hearing the news on February 16, 2015 in the village of Al-Awar in Egypt's southern province of Minya E MOHAMED EL-SHAHED/AFP/Getty Images

Kurdish fighters in northern Iraq have reportedly, for now, beaten back an assault by ISIS. Earlier this week Egyptian warplanes dropped bombs on Islamic state targets in Libya. That attack was in retaliation for the apparent beheading of 21 Egyptian Coptic Christians. The video which allegedly verifies these murders suggests that the extremist group is expanding its reach beyond territory it already controls in Iraq and Syria. Many say the U-S and other western nations are failing to appreciate the growing threat of ISIS and the need for a strong military response. Please join us to discuss the threat of ISIS.

This feature by Graeme Wood first appeared in the March issue of The Atlantic.  Reprinted with permission. All Rights Reserved.