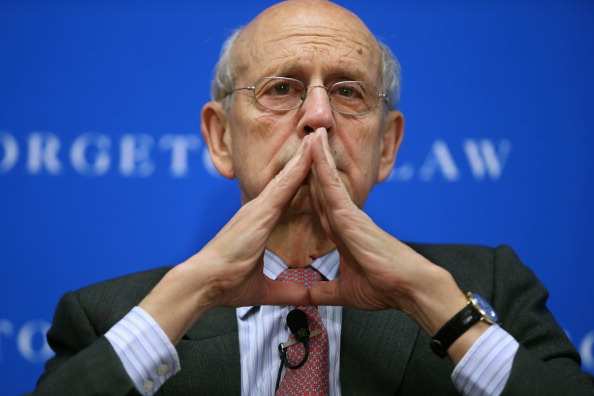 Supreme Court Associate Justice Stephen Breyer participates in a 2014 panel on "Lessons from the Past for the Future of Human Rights" at Georgetown University Law Center in Washington, D.C. Chip Somodevilla/Getty Images

Justice Stephen Breyer is heading into his 22nd year on the Supreme Court. During that time, he has been one of the most outspoken judges regarding the law and the inner workings of America’s judiciary system. In his latest book, “The Court and the World,” Justice Breyer takes on the question of how much Supreme Court justices should consider the international legal landscape. A decade ago, a congressman tried to make citing a foreign court an impeachable offense. Today, Breyer argues, we are simply too interconnected to ignore what goes on beyond our borders. Breyer talks with Diane about recent decisions and why he believes the U.S. Supreme Court needs to be more global in its perspective.