Pope Francis Makes His First Visit To The U.S.

Pope Francis Makes His First Visit To The U.S. 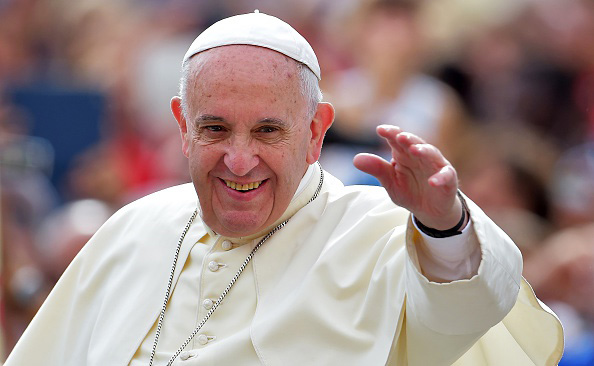 Pope Francis waves to faithful upon his arrival Sept. 16 on St. Peter's square at the Vatican. His first trip to the U.S. is scheduled for this week. VINCENZO PINTO/AFP/Getty Images

When Pope Francis lands at Andrews Air Force base Tuesday, he will be making his first ever visit to the U.S. The Pontiff’s six-day agenda includes a visit at the White House, a speech before a joint meeting of Congress, and stops in New York and Philadelphia. In his two and half years as head of the Roman Catholic Church, Pope Francis has become known as humble but forceful leader. He’s a passionate advocate for the world’s poor and for the need to protect the earth for future generations. We hear about the Pope’s U.S. visit, his leadership of the Roman Catholic Church and why so many non-Catholics are paying attention.