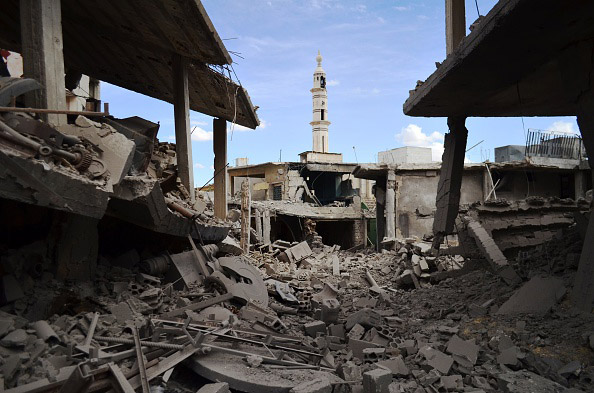 A picture taken Sept. 30, shows buildings and a minaret damaged by Russian airtstrikes in the central Syrian town of Talbisseh in the Homs province. MAHMOUD TAHA/AFP/Getty Images

Russia’s stepped-up military actions in Syria are complicating an already complex and lethal situation: The U.S. says Russia is sending both combat weapons and troops to western Syria. Russia claims its efforts are aimed at Islamic State militants, but most analysts believe propping up Syrian President Bashar Assad is Russia’s main goal. Tensions are also on the rise following Russia’s recent incursions into Turkish air space. Critics of President Barack Obama charge that Russia is stepping into a power vacuum created by U.S policy, but others hold out hope that coordination with Russia could be positive. We discuss Russia’s military role in Syria.