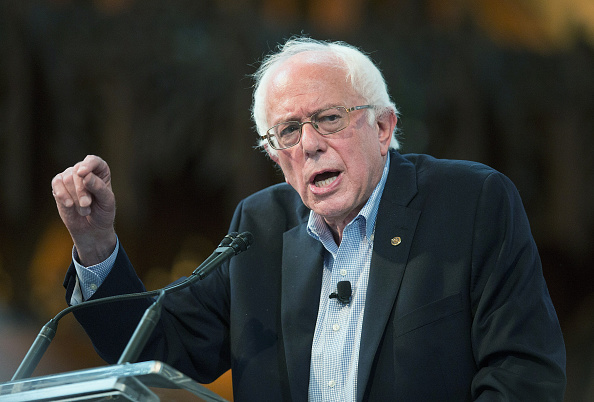 Democratic presidential candidate Bernie Sanders says that if he's elected, the wealthy — especially those with the very highest incomes — will have to pay more in taxes. Scott Olson/Getty Images

According to the U.S. Treasury the wealthiest 1% in this country pay about a third of their income to the federal government. Most in this group believe their contribution to federal coffers to be more than enough. Republicans seeking to become their party’s presidential nominee for 2016 largely agree. In fact most propose lowering tax rates for the wealthiest Americans. In contrast, Bernie Sanders, Hillary Clinton and others on the Democratic side favor raising taxes on the super wealthy to give middle and lower income workers a boost. Please join is to talk about economic growth and fairness in the U.S. tax code.