Analysis Of President Obama’s Final State of the Union Address

Analysis Of President Obama’s Final State of the Union Address 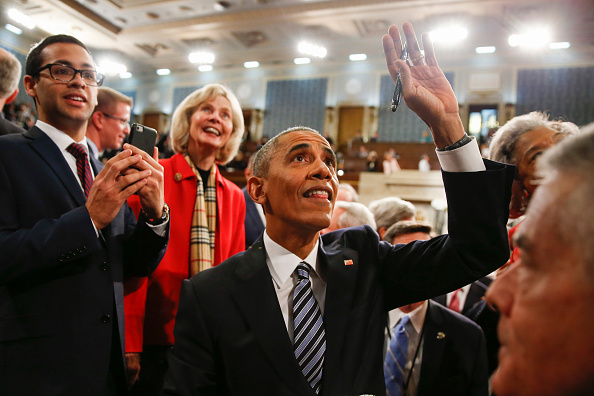 Obama waves as he walks back up the aisle at conclusion of his speech Tuesday night. Evan Vucci - Pool/Getty Images

Last night in his final State of the Union address President Obama spoke of America’s strengthening economy and its influence around the globe. We need to remember, he said, that the United States is the most powerful country in the world and that its future is bright. But he also said he regrets that, as president, he has been unable to bridge the partisan divide. Nikki Haley, governor of South Carolina, who delivered the Republican response, charged that President Obama fell short of his soaring words. Please join us to discuss President Obama’s State of the Union speech.