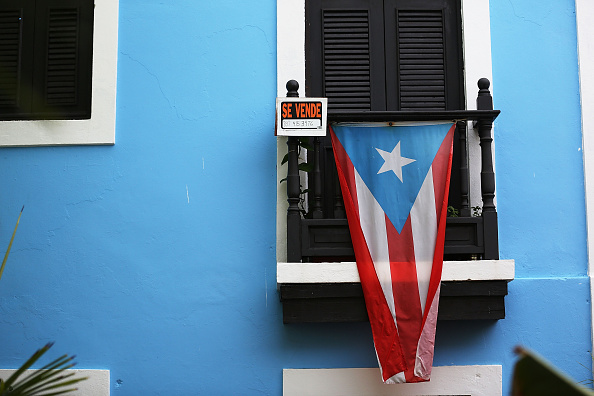 A for sale sign is seen hanging from a balcony next to a Puerto Rican flag in San Juan, Puerto Rico in July 2015. Joe Raedle/Getty Images

Puerto Rico needs help. The U.S. territory owes its creditors more than $70 billion, and without some kind of financial assistance it’s likely to default on its debt payments before June. There are bipartisan Congressional efforts underway to come up with a lifeline. The strategy could involve giving Puerto Rico access to bankruptcy provisions or creating a federal control board or both, but most agree Puerto Rico’s problems won’t go away unless its long term economic slide can be reversed. Meanwhile, Puerto Rico’s many creditors, including hedge funds and ordinary citizens in the U.S. and in Puerto Rico, face steep losses: Join us to discuss what’s next for Puerto Rico and why it matters.