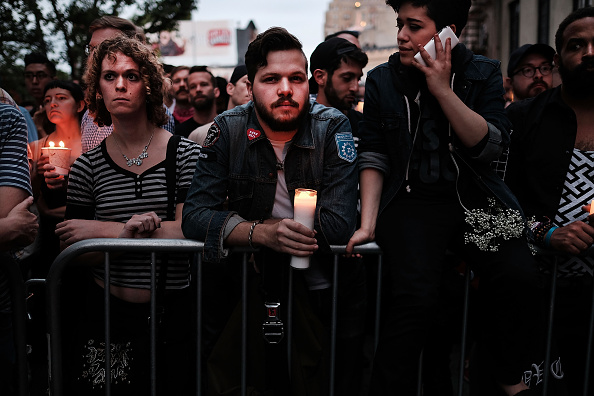 Hundreds of people listen to speakers at a memorial gathering June 13 in New York for those killed in the shooting at a gay nightclub in Orlando. Spencer Platt/Getty Images

Even as we learn more about the gunman, the mass shooting in Orlando is sparking a furious debate over how to address terrorism and immigration. President Barack Obama blasted Donald Trump – the Republican’s presumptive nominee for president – and his proposed ban on Muslims. Trump fired back last night in a political fight that has quickly become about American values. Meanwhile, FBI investigators say the gunman’s wife may have known he was planning an attack. Join us for an update on the investigation into the killings and the deep political divisions now exposed.