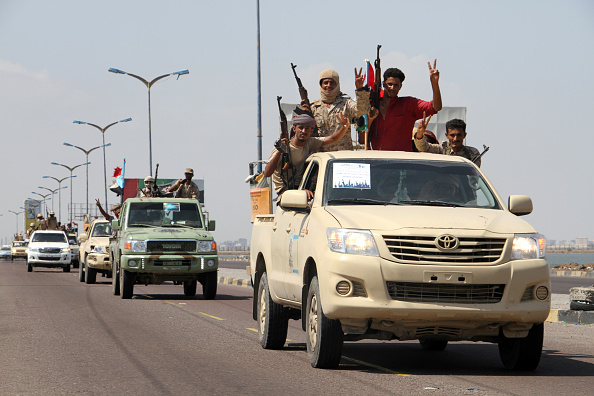 Yemeni fighters from the separatist Southern Movement, loyal to the government forces, arrive for a rally marking the anniversary of the south's revolt against British colonial rule Oct. 13 in the southern city of Aden. SALEH AL-OBEIDI/AFP/Getty Images

The FBI says it has growing evidence Russia passed hacked emails to WikiLeaks. President Assad vows to retake Aleppo, as airstrikes leave more than a 150 dead in eastern Syria. The U.S. hits radar installations in Yemen in response to an attack on an American navy destroyer. Iran moves warships into nearby waters. Aid finally reaches remote areas of Haiti hit by Hurricane Matthew as a new outbreak of cholera spreads. And leaders in Thailand call for stability after the death of their king, the world’s longest reigning monarch. A panel of journalists joins Diane for analysis of the week’s top international news stories.