Threats To Democracy Here And Abroad

Threats To Democracy Here And Abroad 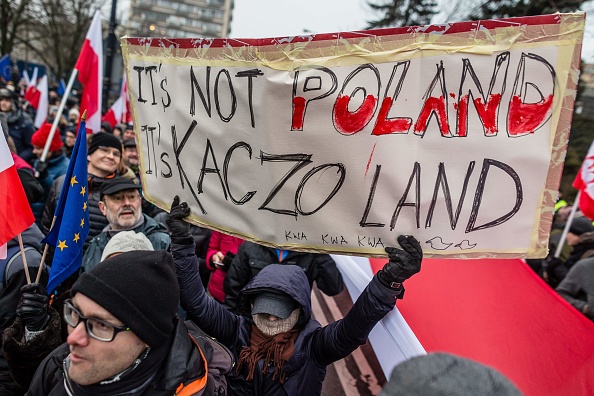 Several thousand people protested on December 17, 2016, outside the presidential palace in Warsaw over alleged vote fraud and the rightwing government's plans to impose new restrictions on media coverage of parliament. WOJTEK RADWANSKI/AFP/Getty Images

Many political scientists who study democracy are alarmed by developments in Europe, the U.S. and elsewhere in the world. In Europe, right-wing or anti-establishment parties have gained influence in Poland, France, Greece and other nations. In South America, Venezuelans have seen their democratic freedoms plummet. And in the U.S., many political scientists see warning signs of democratic erosion. They point to the campaign rhetoric of Donald Trump, his open admiration for Russian autocrat Vladimir Putin and his choices for top positions in his administration. Diane and her guests discuss threats to liberal democracy at home and abroad.