What The Proposed Pacific Trade Deal Could Mean For U.S. Jobs

What The Proposed Pacific Trade Deal Could Mean For U.S. Jobs 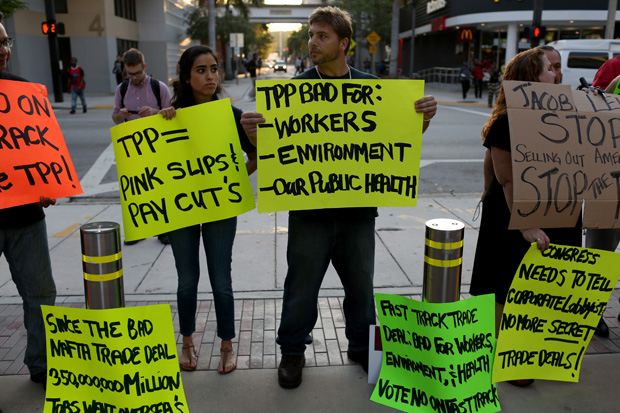 This 2015 photo shows Union members and community activists protesting outside the Miami Dade College during a conference on jobs and the TPP. Photo by Joe Raedle/Getty Images

President Barack Obama says he has to have it. Congressional Democrats and some Republicans aren’t so sure. For years, the White House has lead the push for Fast Track trade authority, but that effort stumbled last week in the House when a related bill to provide assistance to displaced workers was voted down. Many in Congress are worried that if they give the president the authority to do all the negotiating, lower wage workers, and perhaps particularly those in their districts, will come out on the short end of the stick. We look at who could be helped and who could be hurt by the Trans-Pacific Partnership.