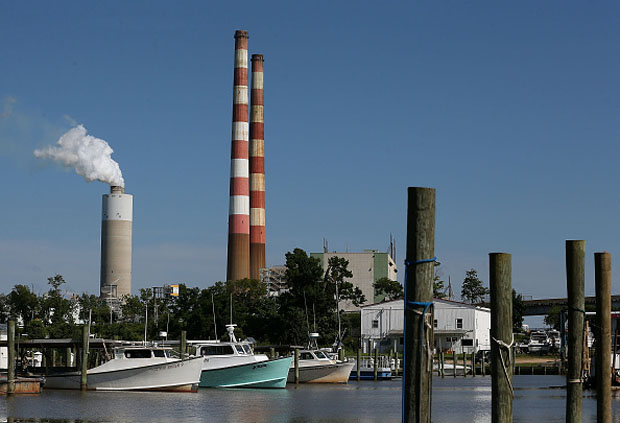 Boats are docked at the Aqualand Marina as emissions spew out of a large stack nearby at the coal-fired Morgantown Generating Station in Newburg, Maryland. Mark Wilson/Getty Images

In a speech Monday, President Barack Obama said that “no challenge poses a greater threat to our future” than climate change. To help address that threat, he announced new federal rules limiting carbon emissions from U.S. power plants. Some critics charge these rules should be stronger given the risks ahead; many others say these rules represent a federal overreach, pose an enormous burden on U.S. coal companies and will mean higher prices for consumers. We look at efforts to cut carbon emissions and America’s role in the international effort to confront the challenges of climate change.