What Brexit Means For The U.S.

What Brexit Means For The U.S. 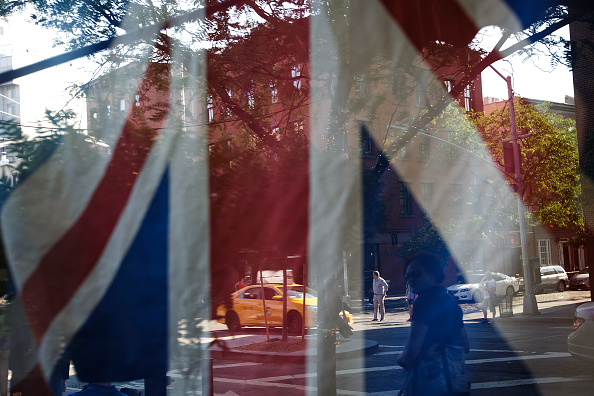 A British flag hangs in the window of Myers of Keswick, a British grocery store, June 24 in New York City. Drew Angerer/Getty Images

Global financial markets show some signs of steadying this morning following Britain’s vote to leave the European Union. The vote last Thursday sparked a global market drop of $3 trillion. Yesterday U.S. Treasury Secretary Jack Lew offered assurances that although the U.K. and the EU is in uncharted waters economically and politically, the U.S. is not facing a related financial crisis of its own. Still, it’s clear that Britain’s likely more distant relationship with European Union countries leaves the U.S. more removed as well – as least temporarily. Please join us to talk about what the British exit means for the U.S. economy. global security and the 2016 campaign.