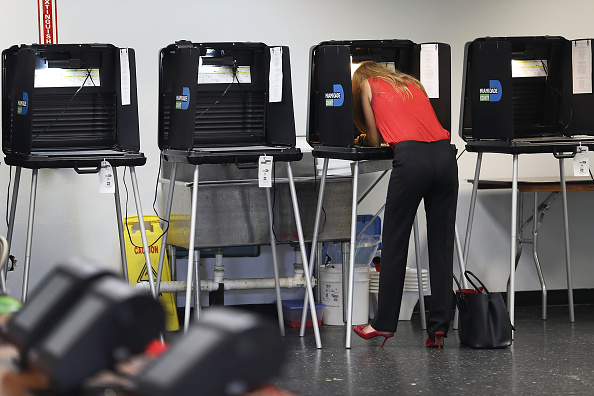 A voter fills out their ballot as they vote in the Florida primary on August 30 in Miami, Florida. Joe Raedle/Getty Images

We have results from one of the last big primary nights of the year Florida and Arizona voted — and projections show that big-name incumbents held their ground. Republican senators John McCain of Arizona, Marco Rubio of Florida and Democratic representative Debbie Wasserman Schultz, also of Florida, have been declared winners. Incumbent wins normally would not be news… but this election season, all bets seem to be off. We’ll talk about what the primary votes in states around the country may signal about results in November, plus take a look at a big general election story — security concerns in state election systems.