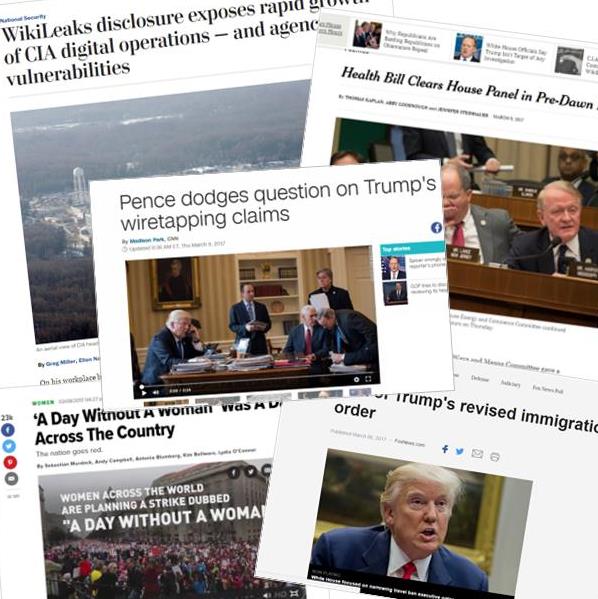 President Trump got our week off to a truly troubling start with early morning tweets on Saturday accusing President Obama of secretly listening in on phone conversations at Trump Tower before the election. The White House issued a new travel ban, House Republicans try to come together over an alternative to the Affordable Care Act, and WikiLeaks releases a trove of CIA documents: Molly Ball of the Atlantic and Michael Shear of the New York Times talk about the news stories of the week and the challenge of trying to make sense of it all. Then, a conversation with writer George Saunders about first novel, “Lincoln in the Bardo”.

And in our “From the Archives” segment this week: Donald Trump’s tweet last weekend accusing Obama of wiretapping Trump Towers and calling it “McCarthyism” go us thinking about what shows Diane had done on that period of American history. We found this 2009 interview with Robert Shogan, former national political correspondent for Newsweek and the Los Angeles Times. His book “No Sense of Decency” explored how the live television coverage of the McCarthy hearings offered a preview of the power of T.V. in American politics.