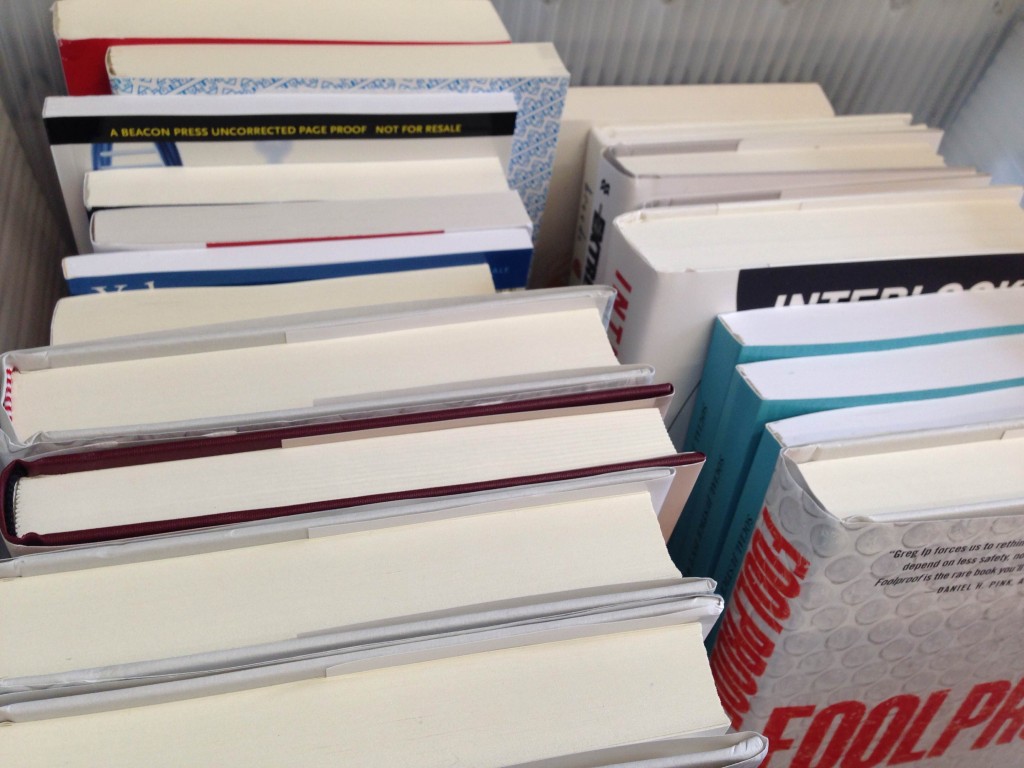 Here’s what’s on tap for October:

You might think you know Vladimir Putin. But The New York Times‘ Steven Lee Myers offers a never-before-seen take on Russia’s president in his new novel, which spans his Putin’s childhood to his young adulthood and other events and influences that could dictate what he does next.

The Biblical figure of David is legendary for confronting the giant Goliath. But Geraldine Brooks re-imagines him more deeply — as a humble shepherd, a brutal warrior, a loyal servant, a gifted musician, a sometimes-cruel husband and a great but flawed ruler.

Should more people have gone to jail for the 2008 financial crisis? Ben Bernanke takes us behind the scenes of the Federal Reserve in the years that followed.

Alice Waters is known for pioneering California cuisine. But what’s in her kitchen? She takes us inside her pantry and philosophy on cooking.

Ta-Nehisi Coates: “Between the World and Me”

How should we be confronting systemic racism in America? The Atlantic correspondent and recent MacArthur Fellow talks with us about his new book.

Readers’ Review: “The Haunting Of Hill House” By Shirley Jackson

Sure, you’ve read your share of ghost stories. But have you read what’s considered one of the best literary ghost stories of the 20th century? We dive in for October’s Readers’ Review.

Sherry Turkle: “Reclaiming Conversation: The Power Of Talk In A Digital Age”

For 30 years, Sherry Turkle has studied technology and its effect on people and communication. Now, she says, we’re facing a “crisis of empathy that has diminished us at home, at work, and in public life.”

You’ve read “The Wars of the Roses” and “The Plantagenets.” Now, Dan Jones takes us behind the scenes of the Magna Carta – and why we’re still talking about it today.

You know Kevin Costner from the big screen. Now, he takes on the role of author for a new book, “The Explorers Guild,” which takes readers back to World War I and a mysterious golden city.

Author Adam Makos first captured our attention with the story of a German fighter pilot that saved an American soldier in his book “A Higher Call: An Incredible True Story of Combat and Chivalry in the War-Torn Skies of World War II,” which he shared on our show in December 2012. Now he’s back with a look at the “forgotten war” in Korea in his new book “Devotion.”

How did Makos end up on our show in the first place? Producer Rebecca Kaufman told us why she took a chance on the new author.

Margaret Atwood has been a frequent guest on our show over the years, for some of more than 40 books, poems and essays. She’s back this month to talk about her new,  darkly humorous dystopian novel “The Heart Goes Last.”

Rev. Barry Lynn has been a central player in the major church-state battles for decades. In his new book he revisits the issues that have defined his career like prayer in public school and reproductive rights.

Check out all of our upcoming shows.